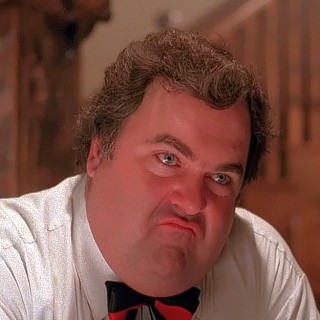 “You know they both had been out there before. They was no nuns.“

Bartender in the Roadhouse: Jacques Renault

Jacques Renault comes from a Canadian background. He used to be a woodcutter but had to quit that job. He now works as a bartender at the Roadhouse where he helps out guys looking for a girl to spend the night with.

How Jacques Renault’s job as a bartender became so lucrative

Soon after the start of his new job, Jacques Renault noticed there was a demand for drugs in Twin Peaks. Though selling coke to customers at the Roadhouse occasionaly, Jacques Renault distributes most of his goods through Leo Johnson, who works with two high school kids.

The Bookhouse Boys have been trying to set up a bust: top to bottom. Nobody walks. They figure Jacques Renault for the middleman. Big Ed was staking him out the night agent Cooper got into town. Jacques Renault slipped something into Ed’s drink just before Ed got into a fight with Mike Nelson and Bobby Briggs.

Laura Palmer knew Jacques for quite a while when she died. Working as a bartender at the Roadhouse, he sent Laura clients who wanted to pay for a night with her. Jacques Renault was to Laura foremost an easy access point to drugs.

Laura’s best friend Donna Hayward finds out about Laura’s night activities when she shows up at the Roadhouse. Donna is shocked as she sees her best friend accept money from two strange men who have been pointed to Laura by Jacques Renault.

After impressing Laura with her ‘auditioning kiss’, Donna’s allowed to join them on a party trip to Canada. They end up in a very loud club, where they are joined by Jacques Renault and Ronette Pulaski.

First Laura doesn’t warn Donna Hayward when her best friend’s beer bottle gets drugged. But when Laura sees Donna is becoming like her and making out with one of the men, Laura has Jacques Renault bring her best friend home.

The night of her death, Laura Palmer was partying and having sex with Jacques Renault, Leo Johnson and Ronette Pulaski in Jacques’ wood cabin. With Waldo, Jacques Renault’s myna bird as a – not so silent – witness.

When his brother Bernard gets arrested by Sheriff Truman, Jacques Renault flees across he Canadian border, where he was already working as a croupier in a brothel/casino called One Eyed Jack’s.

Pretending to be oral surgeons on a gambling trip, special agent Cooper and Ed Hurley infiltrate One Eyed Jack’s. They’re after Jacques Renault who’s targeted for drug trafficking and is a main suspect for the murder of Laura Palmer.

Agent Cooper nearly blows his cover, having trouble to hide his disgust when Jacques Renault reveals what happened with Laura and Ronette Pulaski in his wood cabin.

Cooper keeps his cool and fabricates a story that persuades Jacques into crossing over to the American side of the border where cops are waiting to arrest him.

Jacques Renault arrested for the murder of Laura Palmer

When Jacques Renault is arrested for the murder of Laura Palmer, he nearly kills Sheriff Truman, who would have been shot to death without deputy Andy’s swift action.

Deputy Andy Brennan takes out Jacques Renault with one single shot, who is rushed to the hospital for medical attention.

Jacques Renault is questioned at the hospital by Sheriff Truman and agent Cooper. The wounded Jacques tells that Leo Johnson hit him with a whiskey bottle that night in his wood cabin with the girls. When he woke up, every one was gone.

Jacques Renault gets killed in the hospital

The by sadness overwhelmed father of Laura Palmer finds out about the arrest and rushes over to the hospital, where he suffocates the man who – he believes – has killed his daughter.

Dr Jacoby, who happened to share a hospital room with Jacques Renault would later testify under hypnosis that it was Leland Palmer who suffocated Jacques Renault.

“The bust light’s on. Bernard’s in trouble. I saw it. You gotta get me out of here, Leo. Border run.”

“Guess what? There’s no tomorrow. Do you know why baby? ‘Cause it will never get you there.”

“It was that crazy bird. He had that thing for Laura. Saying her name all the time.”

“So we al partying. The Girls are all pretty high. Everybody’s crazy.”

“The bastard he hit me with a whisky bottle!”

“You know they both had been out there before. They was no nuns.”

From Diane’s file on Jacques Renault