“You wanna know who killed Laura Palmer? You did! We all did.”

Bobby Briggs was the official boyfriend of Homecoming Queen Laura Palmer. As he showed up late for football practice the morning Laura Palmer’s dead body was found, he was the lead murder suspect.

Laura didn’t really love Bobby Briggs. She manipulated Bobby into dealing cocaine so she could get it for free. When Bobby and Laura first made love, she laughed.

After Laura’s death, Bobby Briggs learned that she was secretly dating James Hurley. Jealousy drove Bobby to bar fights and thinking out ways to get even with James.

Bobby and his best friend Mike

Mike Nelson is Bobby Briggs’ best friend. They’re both into drug dealing and buy their goods from Leo Johnson, truck driver and Jacques Renault, bar tender at the Road House.

Mike’s girlfriend is Donna Hayward, who falls in love with James Hurley after Laura’s death. That’s why Bobby Briggs and Mike Nelson both hold a grudge against James.

An uneasy relationship with his father Major Briggs

Bobby’s father is Major Garland Briggs, a member of the U.S. military. Major Briggs respects Bobby’s rebellious nature. However, being his father, he feels obligated to contain that fire of contrariness within the bounds established by society as well as those within their own family structure.

Their relationship improves when Major Briggs shares with his son a vision he had. In that vision his son is happy and carefree, clearly living a life of deep harmony and joy. Bobby is touched by his father’s confidence in him and his future.

At Laura Palmer’s heavily attended funeral Bobby surprisingly shouts out: “You damn hypocrites. You make me sick! Everybody knew she was in trouble but we didn’t do anything. All you good people… You wanna know who killed Laura Palmer? You did! We all did.”

After Shelly got beaten by Leo, Bobby handed her a gun she could use for self-defence. Eventually Leo found out about their relationship. He tried to kill Bobby Briggs with an axe but Leo got shot by Hank Jennings with Bobby as a witness.

After Leo got shot, Bobby Briggs and Shelly Johnson moved in together, taking care of the comatose Leo Johnson. They hoped to collect and live of insurance money but the amount they got from the insurance company turned out to be a real disappointment.

Bobby Briggs grabbed his chance when he found an audiotape containing a conversation between Leo Johnson and Benjamin Horne. With some difficulty Bobby succeeded in convincing Benjamin Horne to let him work for him.

Bobby is the rebellious son of Garland Briggs and his wife Betty Briggs. He has an uneasy relationship with his father which later improves.

Bobby Briggs was secretly seeing Shelly Johnson, the wife of truck driver and known criminal Leo Johnson. After Leo got shot, they moved in together.

Bobby’s best friend is called Mike. They’re in the same football team. They hang out together and they tend to be troublemakers.

Bobby Briggs buys cocaine from Leo Johnson and Jacques Renault. He functions as their local distributor to high school kids.

While looking for Shelly, Bobby witnesses Leo Johnson get shot at his house by Hank Jennings.

“Don’t do anything I wouldn’t do”

“If we tell the truth we don’t have to get our stories straight.”

“Too bad we can only kill him once.”

“She wanted so much. She made me sell drugs so she could have them.”

“You damn hypocrites. You make me sick! Everybody knew she was in trouble but we didn’t do anything. All you good people… You wanna know who killed Laura Palmer? You did! We all did.”

“Doc Hayward said you needed familiar stimulants, so we figured, what the hell, kazoos.”

From Diane’s file on Bobby Briggs 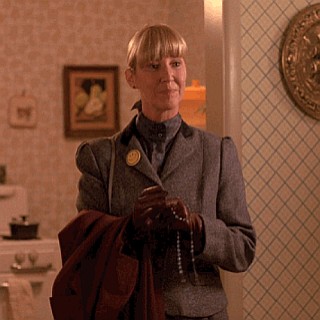 Betty Briggs is married to Major Garland Briggs, who’s described by Betty as an extraordinary human being. Betty Briggs thinks her son Bobby is using drugs.  Click to read more and comment » 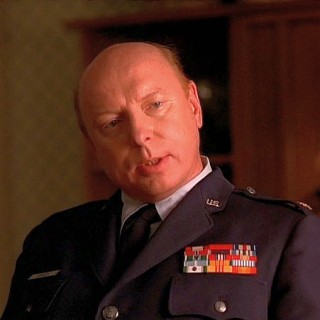 Major Briggs delivers the message to agent Cooper: “The owls are not what they seem.” – Has Garland Briggs been to the White Lodge?  Click to read more and comment » 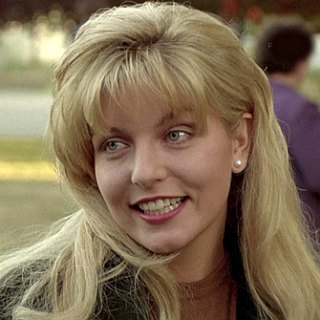 Laura was Twin Peaks’ High School Homecoming Queen and the darling of her parents, Sarah and Leland Palmer. She volunteered at the Double R Dinner’s Meals on Wheels program delivering meals to sick and old people. After her death, it is revealed that Laura led a double life…  Click to read more and comment » 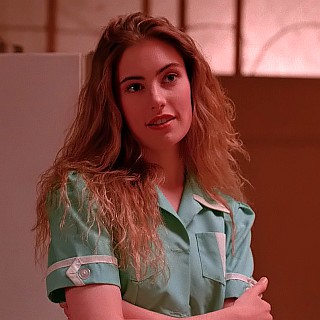 Shelly Johnson is a well-known face in Twin Peaks as she works as a waitress at the popular Double R Dinner. Shelly is married to a dangerous criminal and a wife-beater, and taking enormous risks meeting her secret boyfriend behind Leo’s back.  Click to read more and comment »